Less More
5 months 5 days ago #164296 by peterlondon
Oslo Sleaze Fest announced was created by peterlondon
Earlier today we announced a show in Norway on November 23 and I must say I'm truly excited to go back to Norway, it's been a while 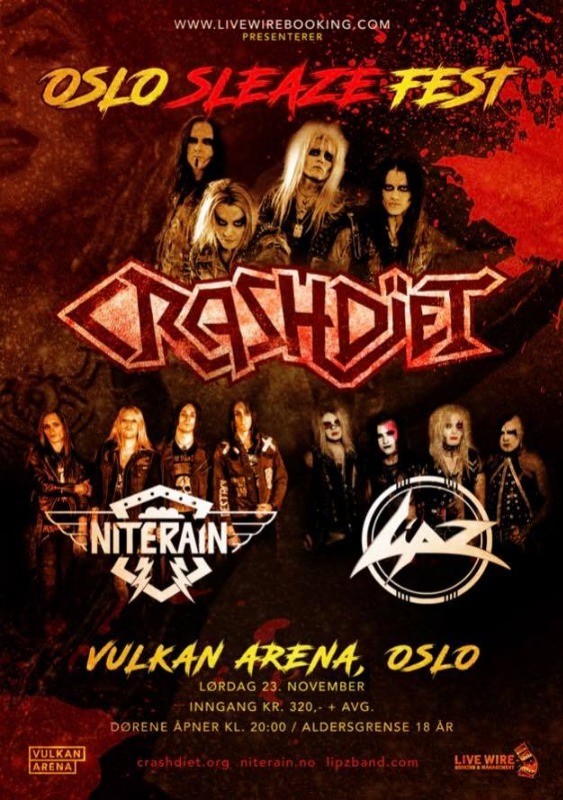 Our good friends LIPZ will be there too!

//LONDON
“Well," said Pooh, "what I like best," and then he had to stop and think.
Because although Eating Honey was a very good thing to do, there
was a moment just before you began to eat it which was better than
when you were, but he didn't know what it was called.”
― A.A. Milne, Winnie-the-Pooh...

The following user(s) gave Kudos to this post: Katsumi R.I.S